A Sneak Peek of the Cultural Heritage of Bagan Dynasty​

The Bagan Dynasty (849 – 1297 A.D) is the first dynasty in the history of Myanmar and flourished from the 11th to 13th centuries. During Bagan Dynasty, Burmese culture began to take shape, mainly the language, the culture, the territory, the ethnicity and the architecture lead to the evolution of the identity of the community. Buddhism was introduced throughout the coastal region, people endeavored to build pagodas in order to perform religious practices. As a unique representation in the world, Bagan now has left more than two thousand religious structures—even after years of natural disasters and strong earthquakes (between 7 and 8.5 in the Richter scale). The most recent one hit Bagan region on August 2016, causing severe damage and destruction in the temples.

Located on the banks of the Ayeyarwady River, the Bagan Dynasty was founded by the King Anawrahta—in the area where now known as the "Old Bagan"—in the middle of the 11th century. The royal palace was placed in the center, with large pagodas built by the king himself on the inside and outside of the castle.

In the 12th century, the use of Burmese script had spread, and the pagoda builders started inscribing the pagodas—name and title of the builder, details of the land and items donated accompanying the pagoda, etc.—to convey information to future generations. Hence, these inscriptions are valuable clues to understand Bagan society of that time.

Even after the Bagan Dynasty in the 13th century, the successive kings from following dynasties: the Taungoo dynasty of 14th-18th century, the Konbaung dynasty of the 18th-19th century, gave great protection to these cultural heritage of Myanmar. Even during the colonial period and after the independence of Myanmar, the conservation of Bagan was considered as an important issue, and efforts are underway for long-term conservation in cooperation with international organizations such as UNESCO and the Myanmar government.

Here are some art and architecture of Bagan for who are thirsty to know about one of the largest archaeological sites in the world: 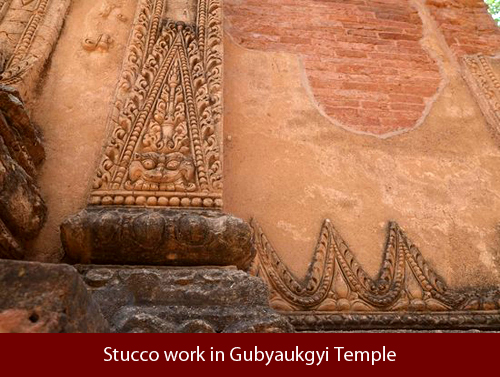 Many temples of Bagan are illustrated with paintings on the interior and decorative stucco work on the exterior, as a work of merit. The Bagan masons stuck to traditional motifs in portraying mythical creatures, celestials, and ogres.

The murals were painted on a dry surface; they are not frescos where the paint is applied on wet cement. Usual subjects are events of the Buddha’s life or the scenes from the Jataka Tales. Even today, many pagodas have walkways with series of panels or framed canvases hung close to the ceiling illustrating the Jataka Tales or the previous 550 lives of Buddha. 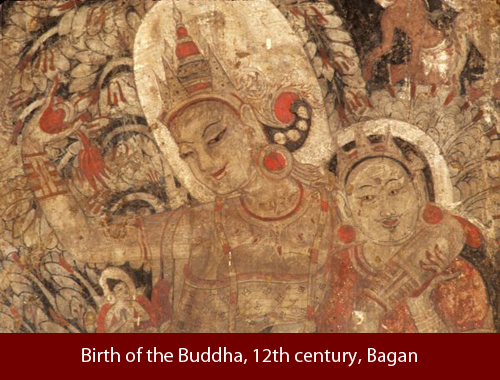 Shwezigon Pagoda, Mingalar Zedi Pagodas and the Ananda Temple have high-relief plaques showing various Buddhist scenes. The two Hpet Laik Pagodas also have terracotta plaques while the others are coated with a green glaze. The glaze was made up of white clay, silica, calcium, lead oxide, copper oxide, chrome oxide, vanadium oxide and so on. 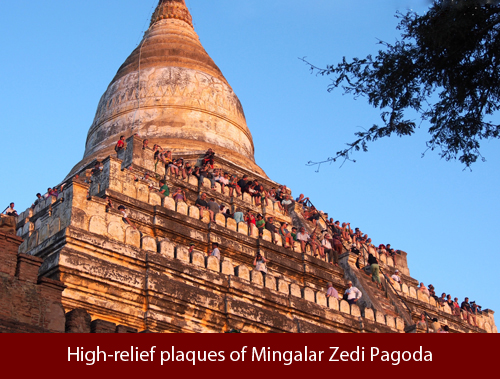